Today marks the second anniversary of Michael’s passing from this life to his eternal life.  Today is the end of two years — 24 months, 731 days, 17,544 hours — since we’ve seen him smile, heard his heart beat, gazed into those beautiful baby blue eyes that he was so proud of.  And it’s been a day filled with many remembrances and emotions.

I know my children have each remembered their dad and marked this anniversary in their own way and in their own place, as we now live in four different cities hundreds of miles apart.  For me, of course, I remembered him today, but then not one of the last 731 days has passed that I haven’t thought of him — of what he would say about this world and the state of things around us, of what he has missed in milestones, of what he would be doing at the farm and around the country as our kids make their own lives.

As these two years have passed I have learned so much.  I have learned to live life and endure grief in my own unique way and timing.  I’ve learned that grief is like a fingerprint, in that it has many universal characteristics and yet no two experiences are identical.  I’ve learned that while the early days and weeks were sometimes paralyzing, the demands of this life push you to do what needs to be done; and eventually, with the grace of God, you are strong enough again to not only respond to life, but to initiate  an active role for yourself again.  A role that looks different than before, but still reveals the heart of who you are and who God intends for you to become.

I’ve learned that many of the cliches that I so vehemently ranted against in the early weeks after Michael’s death are actually based in truth.  And I’m sorry if my rants hurt feelings of those around me.  I just think I wasn’t ready to hear or accept many of them.  Thankfully God has carried me through the roughest days, quieted so many unanswerable questions in my mind and softened the aches of my heart.

I’ve learned that family and friends are irreplaceable (actually I already knew this),  and that without them I would not have been able to move through these last months.  I know no other person on earth that has been as blessed as I to have people support and encourage me day after day.  I continue to receive calls, cards and emails from folks who knew Michael and want to reach out to tell me of their admiration, respect and love for him.  And I am always left feeling so proud to be able to call him mine.

So this week, to mark this second anniversary, I have spent the days with wonderful friends, enjoying great meals and conversations filled with remembering and laughter.  I have not spent the day at the cemetery or crying tears.  There are of course days when his absence is especially felt and the tears still make their occasional appearance.  But today I have spent most of my time and energy sitting on the floor, reading books, singing songs, and swinging.  Because I can think of no better way to remember Michael’s past life than to spend time with the future of our family – our beautiful grandson.

May your lives be blessed with the grace of God, the love of family and friends, and the prospect of rich days ahead.  Thanks for reading along. 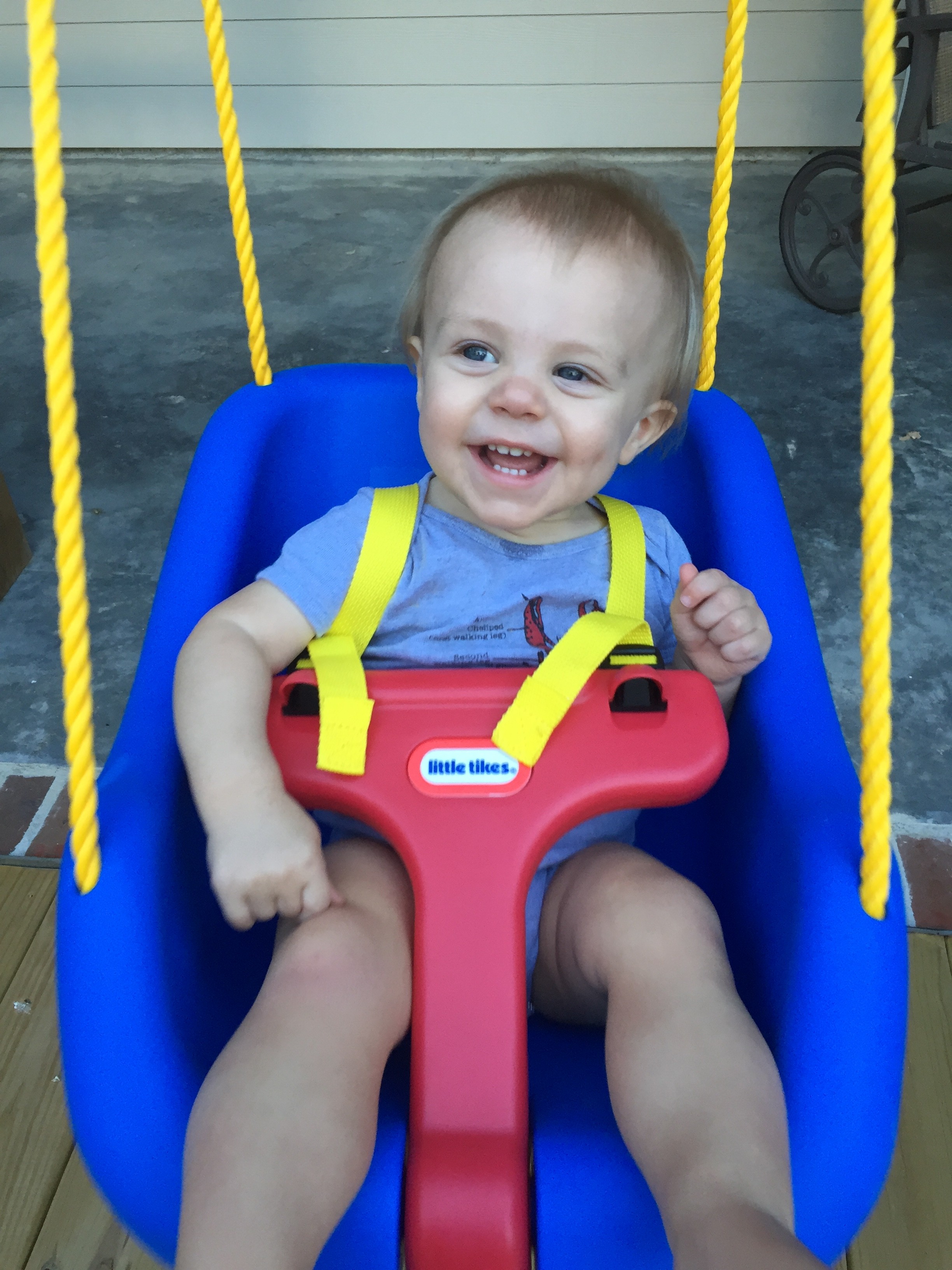