I remember so often when Michael was in the hospital those many times.  I would be going back and forth to the hospital each day.  And each night I would return home to an empty house.  I admit that coming home at night to an empty house and knowing that I would be there all night by myself would creep me out some.  One of the things I feared most was that I would come home to live scared in my house after Michael was gone.  Several times I cried out to God about how I wasn’t going to be able sleep at night.

Amazingly I have had to come home to my house without Michael for almost a year now, most nights by myself.  And incredibly I haven’t been scared at all.  God has just taken care of that fear for me.  How wonderful that He cares about even the smallest things – that this fifty-something, scaredy-cat girl would get creeped out in her own house was a priority for God to deal with.  He has given me a peace in my own home.  OK, I admit that the occasional bump or creek in the night gets my attention, but the anxiety is gone.  No more tears.

Well, I’ve made it three weeks living totally on my own.  I’ve noticed a few things.  Like there’s no one to blame when the toilet paper roll is empty.  On the other hand, the seat never gets left up either.

And nobody cares if you have a second glass of wine in the evening.  For that matter, nobody even knows.

It can actually be nice to be in charge of your own time – when to wake up and when to go to bed.  (But my responsible self still sets the alarm for 6:30 every morning.)  What movies and TV shows to watch.  What to eat and when. You know – grown up decisions.

Thank you to so many friends who check on me regularly, especially when they think I’m home alone.

Sent from my iPad

One year ago Michael was in ICU, struggling daily to recover from the effects of years of liver disease and a liver transplant.   I’m not sure if it’s a good thing or not, but each day I find myself returning to the Facebook and CaringBridge posts from last year – rereading what we were going through each day.   I am sometimes amazed at the hope that we tried to find in each day, not knowing what would come just one month later.   We would recount the daily blood counts and tests results while friends and family patiently listened and diligently prayed for us.   Even a year later, I am touched and encouraged by comments from friends to pray for us and encourage us as we made our way through the maze.

Tomorrow is the twenty-first of the month again.  The eleventh month since Michael died.  And tomorrow is Fathers’ Day too.  I’m thankful for my own father and for Michael, the most incredible father I know.

But my heart aches today for my children.  This will be their first Fathers’ Day without their dad.  I know they have felt like they were under attack this week as they’ve been barraged with commercials, videos and testimonials about people’s fathers.  Thankfully my children are adults and had their dad with them through their younger years.  But I know they will miss being able to call him tomorrow to laugh with him and at him, to tell him they love him, and to hear his silliness.  They are blessed to have pictures of him, drawings he made for them and even some recorded voice mails to hang on to.

As for me, I miss him too.  But for me I miss all the little ways we connected with each other.  I think when a couple has been married for a long time, they develop their own way of communicating with each other – without words.  You’ve heard “A picture is worth a thousand words”.  But a certain look, a touch or squeezing your hand.  All of these say volumes when you’ve been together for several decades.

The other thing I miss is the way Michael would sing to me.  We could be at home listening to music or driving down the highway when a certain song would come on.  Sometimes he would get the words wrong, or deliberately make up his own lyrics, but it would always make me laugh and touch my heart.  These are the things I’m missing most today.

Warning:  I’m about to reveal a piece of my heart.  Handle with care.

I can remember in days past sometimes daydreaming about having days free to do whatever I wanted to do.  I would imagine finally getting to complete some of the projects in my mind.  Well, it seems now that time is here.

The only problem is – how do I get myself up and running to get things done?  What do I do with all my time?  Don’t get me wrong, it’s not like I don’t have a list of things that need to be done.  I’ve physically made a list of things to do at just this time when I’m finally living on my own.  There are closets to clean and organize, studying and writing to be done, business details and paperwork.  The problem is not having something to do.  The problem is having the motivation to get things done.

How do I develop the self-discipline to get up and take on these projects when there’s no one here to be accountable to?  There’s no one to even know if I’ve stayed in my pajamas all day.  I do better when I have a specific appointment.  But sometimes it becomes so easy to just sit in front of the computer or get lost reading posts on Facebook.

I want to be able to look back at the end of the day and see that I’ve accomplished something, even some little thing.  But how do I get started?

Michael was blessed to have many, many friends.  And to him they were all important and valued.  But for some reason there were five guys who he singled out in the last days of his life.

The first time I remember him summoning these guys was a few weeks after his transplant.  Michael was in ICU, unable to get out of bed or sit up on his own, barely able to raise his arms.  He mouthed to me to get them together and when they arrived he began giving orders on how they would get him out of the hospital.  That’s right he called them in for a jailbreak.  He started telling them to get a board, put it next to his bed and slide him out so he could go home. Never mind that he was still hooked up to dialysis, on oxygen and taking an incredible amount of medicine to maintain his vitals.  Needless to say he wasn’t happy that no one complied.

The second time he assembled this crew was the day after he had a rollercoaster experience.  The previous day he had gone through one of those episodes where his blood pressure and temperature spiked and fell without explanation, causing the medical staff to run around trying all sorts of interventions while he went in and out of various stages of pain and consciousness.  But at the end of the day he was at peace and told me he had made a recommitment of his life to Jesus Christ.  (Maybe there was more going on than just a medical struggle.)  The next day he wanted to tell these guys about his experience.  It was important to him that they know.

The last time he called these guys together was the last day of his life.  They were in different places, near and far, but all worked to get here.  I remember them telling him that everything would be ok and making promises to him to take care of me.  (I remember wanting to scream that I didn’t want anyone to take care of me; but all I could do was sit on the sidelines, shake my head and cry.)  They waited close by until late that night when he was finally gone.

Why these five guys?  There were so many men he considered close friends, whom he loved and laughed with, whom he shared life and dreams for the future with.  The only thing I can say about these five guys was that he’d known them for decades.  He’d prayed with them and for them.  He’d argued and struggled with them over all kinds of life issues.  He knew their wives, their children and most of their parents.  He worked with them, built with them, travelled with them and planned for the future with them.  He had seen the highs and lows of life with them. 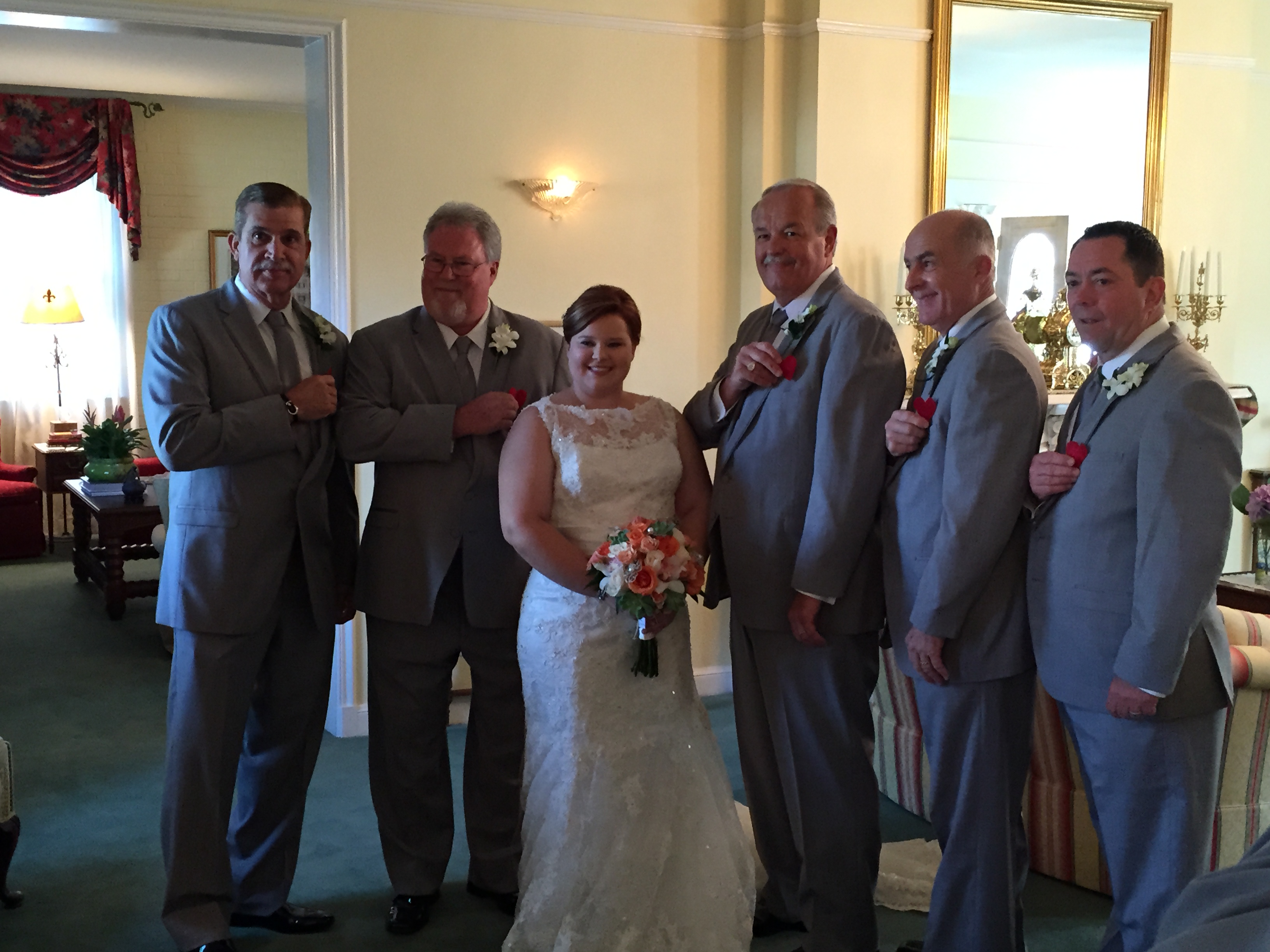 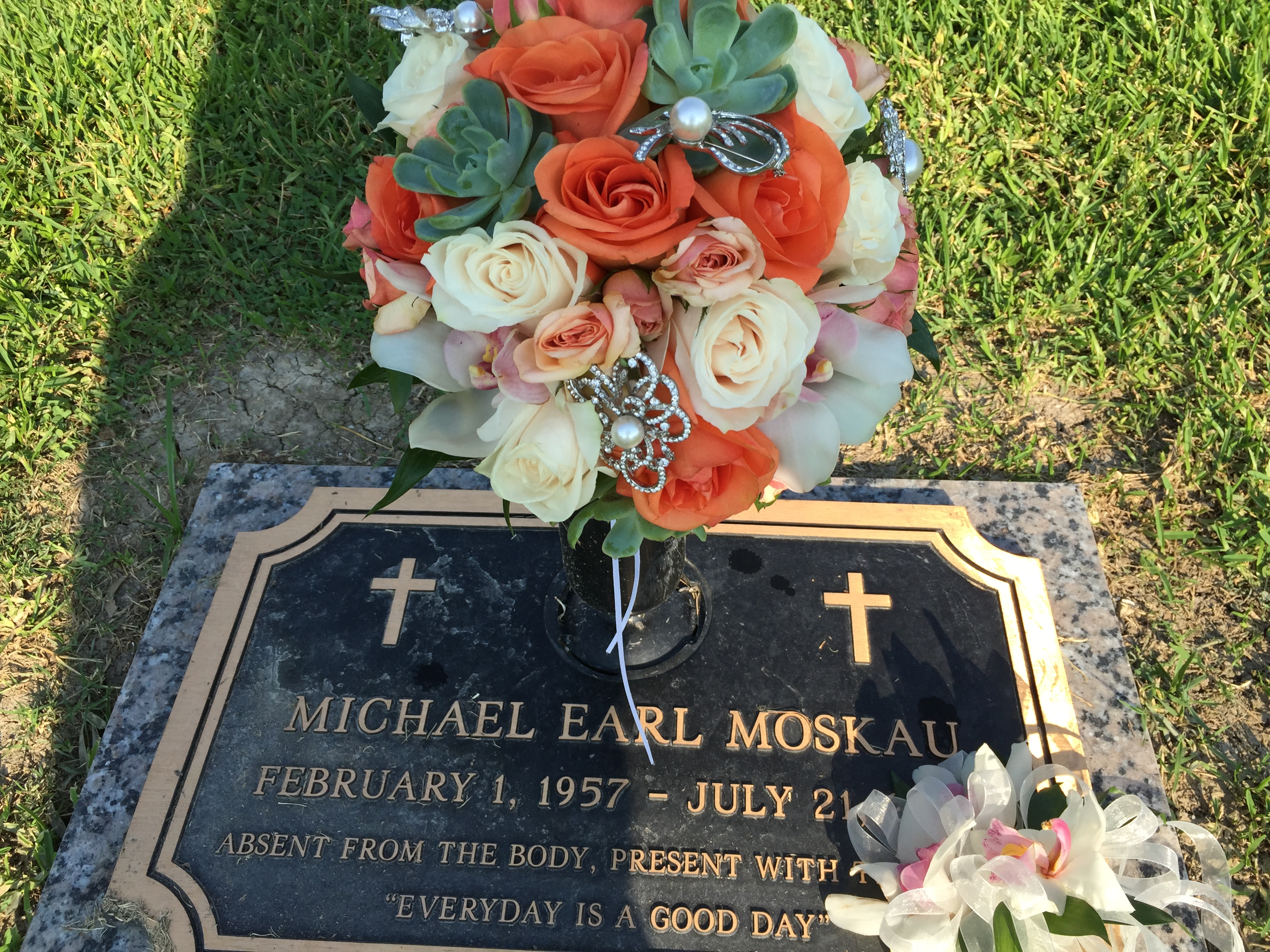