It’s been several months since I last posted on the blog.  But it’s certainly not because I’ve been lazy.  On the second anniversary of Michael’s death I asked God to show me what I should do with myself and I distinctly heard Him say “Live”.  And so that’s what I’ve been doing – going on with life.

In the months before Michael passed away, both my parents also passed away.  As my siblings and I settled their estates I acquired their house — a 3 bedroom, 1 bath ranch style house so typical of all the houses built in their 1957 neighborhood.  Michael and I had discussed on several occasions that, if the property were ever to become available, we would pursue building a new house to accommodate the final empty-nesting years of our lives.  And so this is what I’ve done.

Late last summer I proceeded to tear down the old home, the one that my mom brought me home to from the hospital, the one I spent the first twenty years of my life in.  The idea of tearing it down was one I had come to accept through the previous months as I worked with an architect to develop my ideas for a new home.  I will never forget watching with my brother as the heavy equipment was breaking down the walls.  “Is it kind of sad to you?” I asked.  “It wasn’t until you asked me!” he replied.

Through the last eight months the new house has gone from an idea in my head to a sketch on paper and now finally to a real place to live.  I think I’ve come to appreciate more than ever the work that Michael did as a contractor throughout his life.  The hours of planning, thousands of decisions and frustration of delays and unforeseen problems are only eclipsed by the excitement and satisfaction of living in the finished product.  And it couldn’t have happened without the encouragement and assistance from so many friends.  Friends who tirelessly sit with you through meetings to help navigate red tape.  Painter friends.  Electrician friends.  Decorator friends.  And friends who will drop everything to run over and turn off a blaring alarm system so you don’t have to race across town in the middle of the night.

So now begins a new chapter.  The same address that I was born at becomes my address once again.  The neighborhood I grew up in is my neighborhood once more.  There are neighbors here that still remember me as a child and a teenager.  The neighborhood children I once babysat have long moved away and are now parents themselves.  In fact the house on my left side is one of the original 1957 ranch houses, still occupied by the sweet family that watched me grow up.  While on the other side the lot is empty, the 1957 ranch house demolished in anticipation of a new one being built.

The past on one side, the future on the other.

And here I am, a part of both. 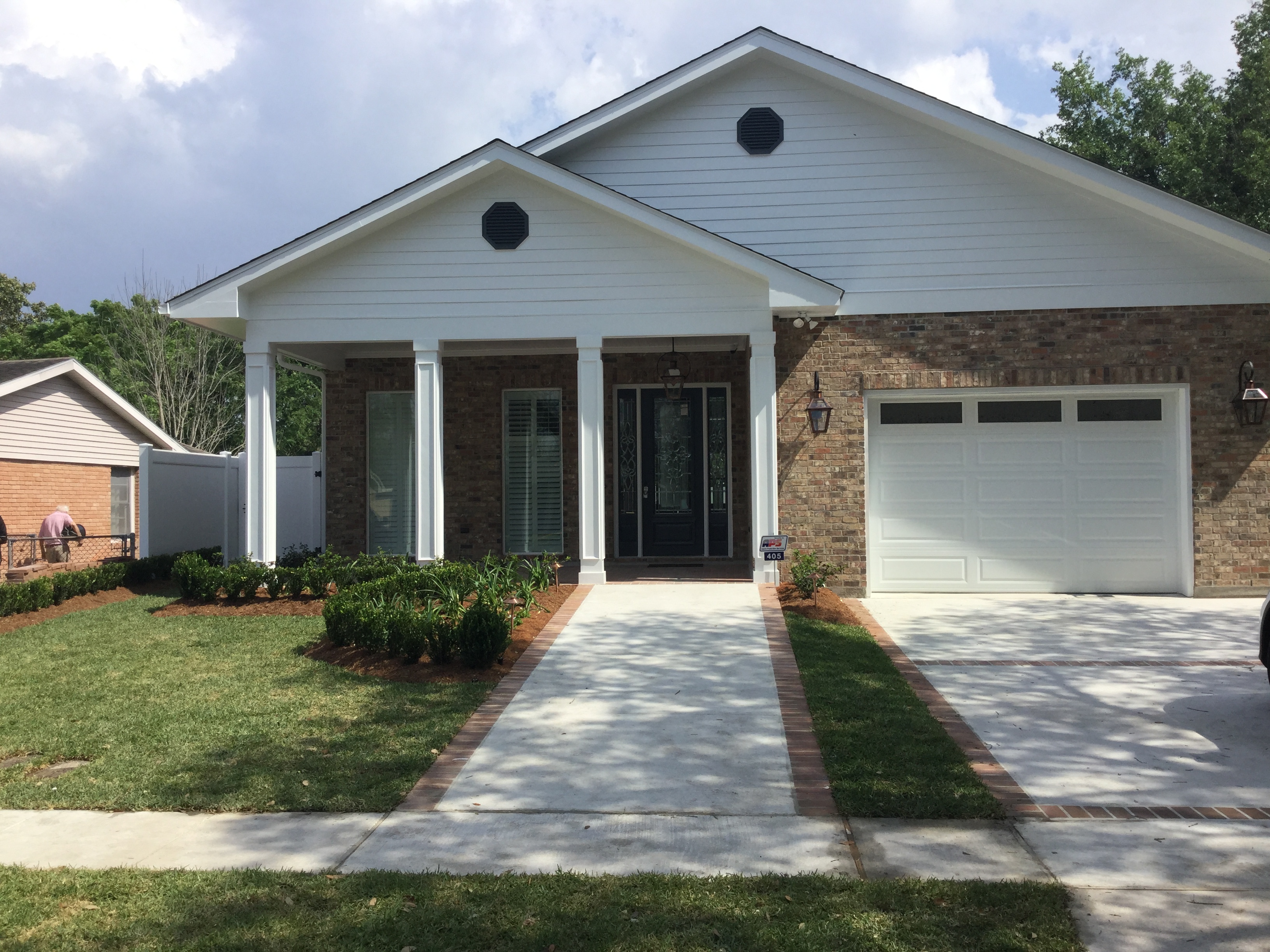 8 thoughts on “Back to the Future”